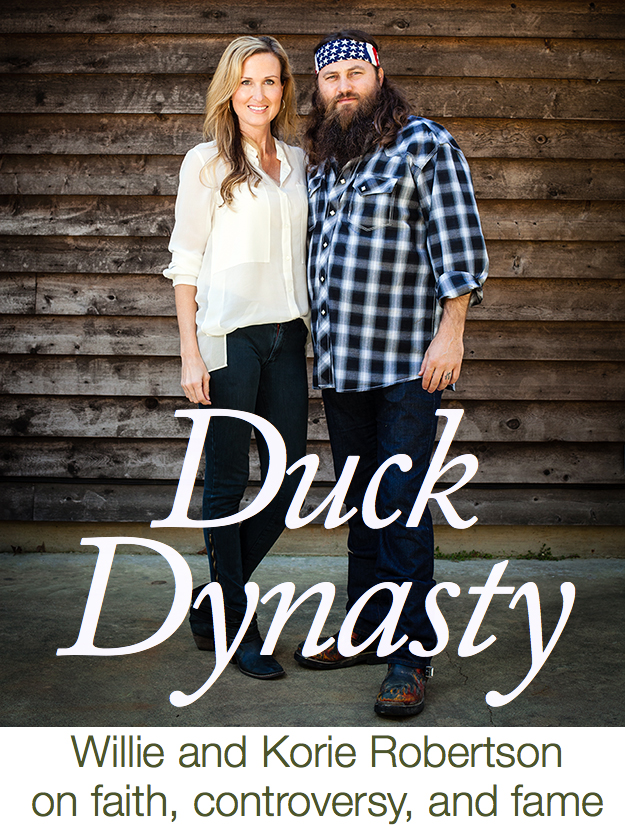 Duck Dynasty – The A&E reality TV series has become a global brand that attracts an abundance of responses ... and dollars. The show has shattered several TV records, and the fourth season premiered with 11.8 million viewers – becoming the most watched non-fiction series telecast in cable history. Even if you don’t watch Duck Dynasty, you’re likely to have an opinion about the Robertson family’s quirks, quips, and quacks. And if you don’t, I’m confident you’ve heard a swarm of thoughts. The family’s bold Christian views have won them fame, fortune, and quite a bit of controversy. But you shouldn’t judge these self-described “rednecks” by their beards.

PREV PAGE 1/4 NEXT PAGE »
More in this category: « Joyce Meyer Donnie AND Andrea McClurkin »
back to top