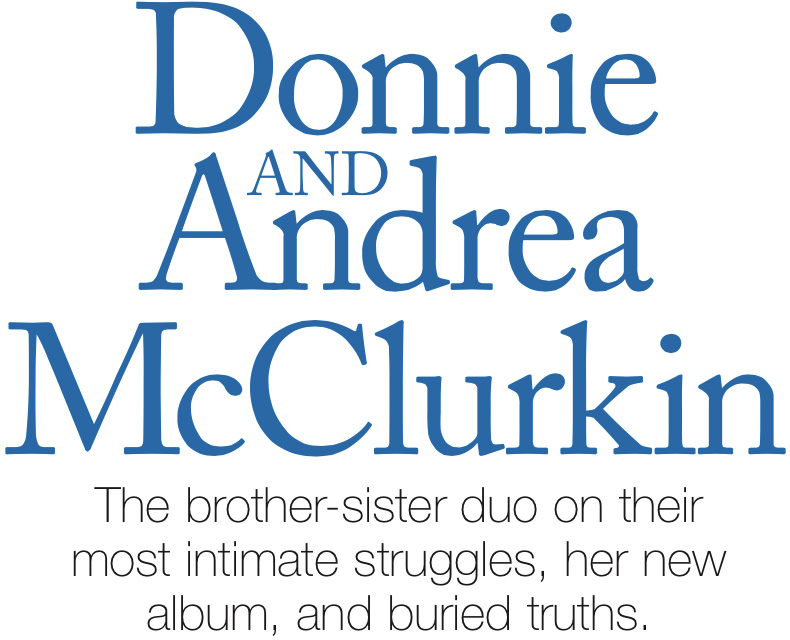 If you don’t like the truth ... especially when it makes you feel slightly uncomfortable, you should stop reading. This interview isn’t for you. I don’t know what led gospel music legend Donnie McClurkin and his sister, Andrea, to be so transparent. But the journalist in me was beyond ecstatic. When I left New York City and returned home, I kept waiting for a phone call. Surely, someone would contact me with a list of withdrawn statements.

The McClurkin family is no stranger to controversy. In 2001, Donnie stunned the world with his memoir, Eternal Victim, Eternal Victor. For gay activists, it was nothing short of scandalous. The book revealed that, as a child, Donnie was sexually abused by male relatives – and he believed that the abuse triggered his ongoing struggle with homosexuality. To add fuel to that fire, the three-time Grammy Award-winning artist told the media that he walked away from his gay lifestyle – because being gay was a sin. Questions (and attacks) infiltrated nearly every interview that followed.

My interview was simply slated to cover Andrea’s new (and quite moving) album, Higher. But, playful banter between Donnie and his sister led to unexpected admissions ... and unexpected admissions led to buried truths ... and buried truths led to an impromptu therapy session. Yet, there was no phone call – and there were no retracted statements. Every naked truth and intimate confession remained on the record.

PREV PAGE 1/9 NEXT PAGE »
More in this category: « Willie and Korie Robertson Chris & Lauren Tomlin »
back to top