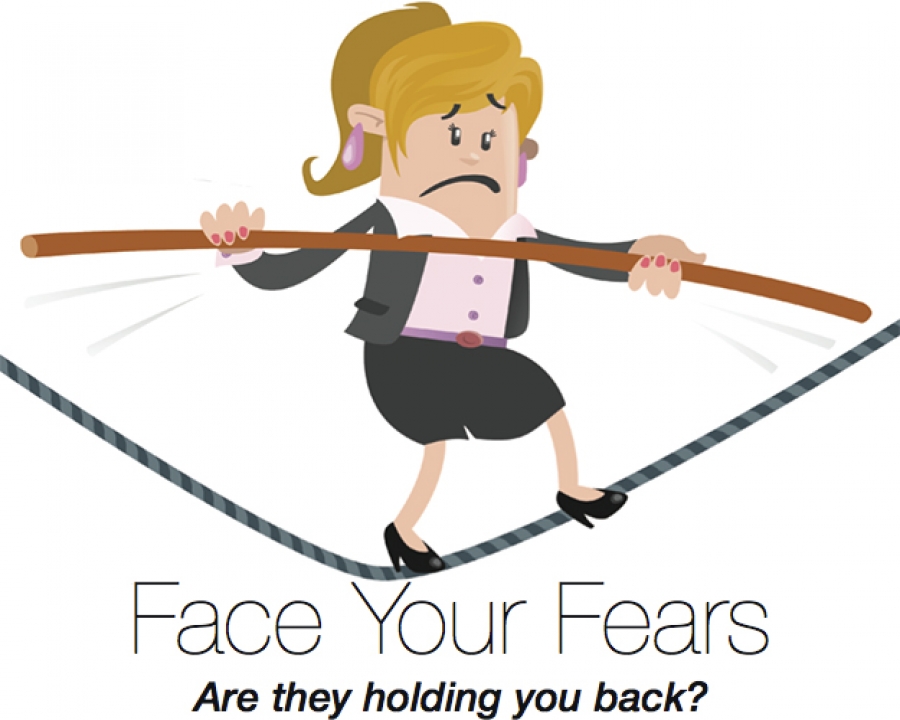 MY FRIEND EDDIE IS A FEISTY GAL (you have to be when you’re a woman named Eddie!), and she knows how to fight. She’s been fighting her entire life. And finally, after five decades, she’s winning her battle against fear.

Eddie’s scuffles with fear began when she was growing up in an urban city during the 1960s. Because race riots were rampant, Eddie and her sisters carried chains for protection. In addition, break-ins were so common that Eddie and her siblings learned to sprinkle baby powder on their door stoop when leaving for school. Telltale footprints would warn of intruders. Not surprising, anxiety became Eddie’s constant companion. She would lay frozen in her bed – terrified of the dark.

The summer that Martin Luther King, Jr. was killed, a bullet shattered Eddie’s front window. Subsequently, her family moved. But Eddie had a hard time adjusting to her suburban home. She found the chirping of night critters scarier than rats. And fear was the tool that Eddie’s mother used to keep her children safe – assuring them that, if they stepped foot in the community pool, they would surely drown. So Eddie never learned to swim, and she became petrified of standing water.

There are many people who share Eddie’s battle with fear. In fact, according to the National Institute of Mental Health, 19.2 million American adults have phobias (extreme anxiety) about everyday things. If you’re like me, you’re probably one of them. But take heart, girlfriend! There’s hope. Here are a few strategies that eventually worked for Eddie, and they’ll work for you!

Beware of fertilizing your fear. I call this “Boo Poo” – manure that sprouts stinkin’ thinkin’. The Bible teaches, “Don’t ever stop thinking about what is truly worthwhile” (Philippians 4:8, Contemporary English Version). In essence, don’t watch Indiana Jones outwit a coffin full of swarming rats, if you have a rat phobia. Censure the fodder you allow into your brain. A haunted brain is far more frightening than a haunted house.

Take baby steps. Small accomplishments pave the way for bigger accomplishments. Although Eddie tried adult swimming lessons three times, she was determined to succeed. She purchased goggles and plugs, then ventured into the pool’s shallow end. The goggles enabled Eddie to keep her eyes open (because she was afraid of the dark), and the plugs kept water from rushing into her ears and nose. It worked! Shortly after, Eddie was able to immerse her head, and she omitted one plug at a time – eventually doggie-paddling to the deep end. Like Eddie, you can take one step at a time. “Do not despise these small beginnings, for the Lord rejoices to see the work begin” (Zechariah 4:10, New Living Translation).

Ask Papa to alter your perspective. Scriptures will remind you that God is a protective parent. In Isaiah 41:10, the Lord said, “Do not be afraid – I am with you! I am your God – let nothing terrify you! I will make you strong and help you; I will protect you and save you” (Good News Translation). Use the Bible to change the way you think. Meditate on God’s protective love day and night. Write down verses that quell your fears, and read them whenever you need a boost of courage. Each day, you’ll have to make the choice to surrender your life to God – because living in fear isn’t really living at all.

More in this category: « Control Your Anger Enough is Enough »
back to top