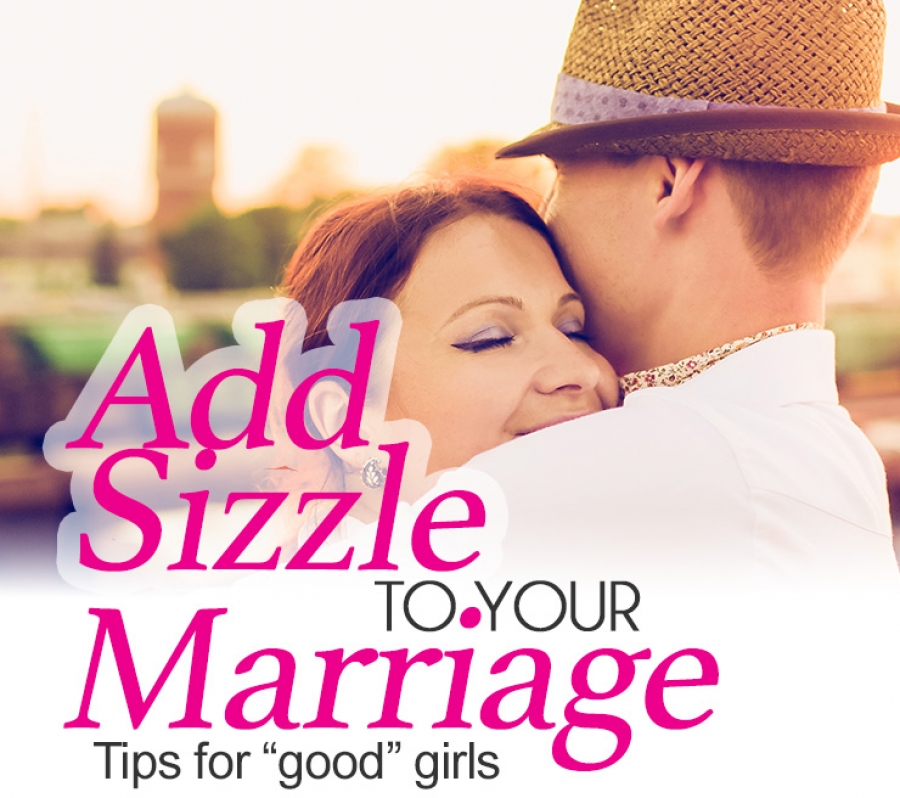 GOOD GIRLS DON’T LIKE SEX. RIGHT?
I grew up as a card-carrying member of the First Baptist Church Valedictorian’s Club (a group in which, oddly, I was the only member). Because of this, I was never going to think about sex, or get myself into a situation where I was tempted to have sex. Because I was (obviously) a good girl, I had a purity ring, a purity necklace, and a purity notebook where I carefully recorded my purity. I had no intention of ever changing my attitude toward sex. Ever.

As I got older, I started dating guys. I held hands. I stole a few kisses. I even had a few serious relationships that lasted months. And through it all, I held to the belief: Sex is bad. Good girls don’t think about sex, talk about sex, or have sex.

Then I got married. And, strangely, even though it was finally okay to have sex, it felt weird. I had a hard time flipping the switch from “Good girls don’t have sex” to “Good wives have (and like) sex.”

But here’s the thing: I know that most of us girls actually like sex when we get down to it. My “hot mama friends” made that clear. But they also made something else clear: When push comes to shove, and babies start demanding attention, it’s easy to start living like sex is a chore or a “man’s thing.” It’s not. Girls, sex is awesome. It’s not an annoyance. It’s not something we do only to make our husbands happy. It’s something we do to make our marriages stronger, and ourselves happy. God made sex for both men and women. And He made it to be something both men and women enjoy. As women, we should be grabbing our husbands, kissing them deeply, and taking them to bed.

No excuses. No headaches. No false assumptions.

PREV PAGE 1/3 NEXT PAGE »
More in this category: « At Home with Ayesha Curry Make Sure He Knows How You Feel »
back to top