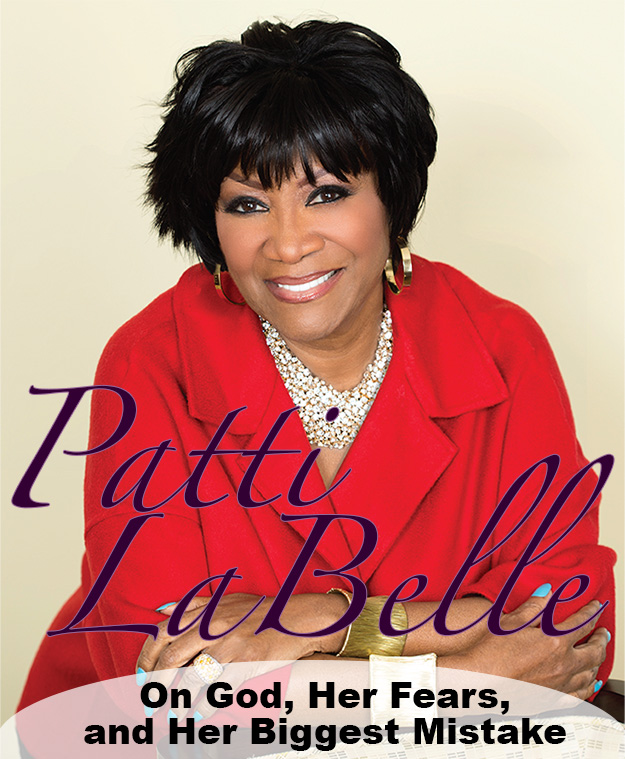 When people think of Patti LaBelle, “Christian   woman” probably isn’t the first thing that comes to mind. They’re more likely to think “living legend,” “music sensation,” “Lady Marmalade,” or something along those lines. I must admit, when I flew into Philadelphia, Pennsylvania, to interview the Grammy Award-winning singer, I was a bit curious to know where the conversation would lead. And to my surprise, here I am – weeks later – still pondering some of the decisions I’ve made, because of the wisdom that Patti LaBelle shared.

Patti’s career has been both iconic and multifarious. With over 50 million records sold, and legendary hits (such as "On My Own," "If You Asked Me To," "Stir It Up," and "New Attitude"), she’s been inducted into the Grammy Hall of Fame, the Hollywood Walk of Fame, the Apollo Hall of Fame, and the Songwriters' Hall of Fame. However, Patti LaBelle’s impact transcends music. She’s an actress, author, and bona fide business woman – whose branded merchandise extends to “Lady Marmalade” hot sauces, Macy’s bedding, a collection of fragrances, and cookbooks. And although her humanitarian efforts aren’t channeled through a gospel choir or traditional ministry, you won’t convince me that her “mission field” isn’t wherever she goes.

Marsha DuCille: What would you say if someone asked you, “Who is God?”
Patti LaBelle: Thinking about my life, all the pain that I’ve experienced, and everything that God has brought me through, I would say that God is a Healer. He is my Savior. My life hasn’t been easy. People look at me and see “Patti LaBelle – the celebrity.” But I’m “Patti LaBelle – the child of God.” I’ve been through a lot of ups and downs, and God has been my Healer and Savior through every one of those experiences. That’s who He is to me. God has gotten me through many years of pain.

PREV PAGE 1/3 NEXT PAGE »
More in this category: « Kathie Lee Gifford Joyce Meyer »
back to top