We Have Feelings, Too

It was raining the day a dear friend asked me to meet her at a coffee shop near my house. I thought we were meeting to catch up. After all, it had been a while since we’d had a conversation that wasn’t just in passing. But I was wrong. As it turned out, my friend was angry with me. Her complaint threw me off-kilter — I hadn’t seen it coming at all. In fact, I had no idea she was harboring ill feelings toward me until she abruptly ended our friendship over a chai latte with extra cream. 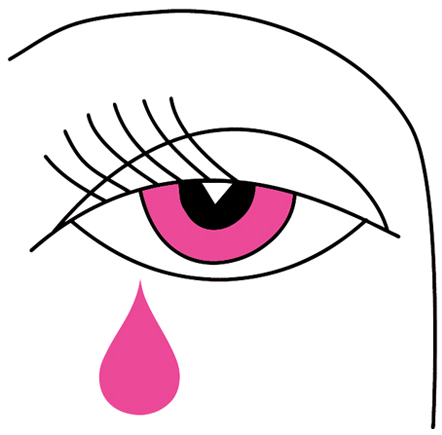 Granted, there are two sides to every story. I’m sure that if she were writing this, she’d offer a different perspective. It’s possible that I was so wrapped up in my busy life that I missed the signs of an unraveling relationship. Regardless, I felt blindsided and devastated. Over the next several weeks, we tried to resolve the issue, but it wasn’t getting better. Since we were unable to reconcile on our own, we asked another couple to sit in with us and mediate. I felt helpless as my husband and I sat with my friend and her husband in an attempt to follow Jesus’ teachings in Matthew 18:15-20. After a couple of hours of getting nowhere, we ended our meeting in prayer. Tears ran down my face and fell onto my lap. There was no fixing it. After years of friendship and a shared vision, it was all over. And there was nothing I could do to stop it.

Afterward, Jay and I walked quietly to our car in the church parking lot. Seeing the anguish in my eyes, he said gently, “We tried, Heidi. Sometimes you just need to walk away. Sometimes we can’t understand. Sometimes the fight is worth it, and sometimes it isn’t.” He opened the car door for me, and I got in without saying a word.

We never met with our friends again.

“Sometimes walking away is the only thing you can do.”

In the weeks and months that followed, I tried to make sense of what felt to me like a net loss for the Kingdom. Two people we loved were struggling with something we couldn’t understand — to the point that we could no longer be friends. It was heartbreaking for our entire family. I felt misunderstood and lonely. The stress of the fractured friendship took a toll on my peace and threatened to unravel my fragile self-confidence. Every time I saw my now former friend at an event in the community, my confidence took a hit. I wanted to cry and run away.

The blunt-force trauma of this took me by surprise. I’m a fighter. I don’t give up easily. And this idea of walking away was foreign to me. Surely there was something I could do — something that would bridge the gap and smooth the way. But as weeks turned into months and months turned into years, I realized there was nothing I could do. I wanted to be understood, but instead I’d been rejected.

The Reality
Rejection is an emotion unlike any other. There’s something visceral about this kind of pain. Even though my husband and I prayed that God would mend the friendship, for whatever reason, healing never came. The painful reality was this: sometimes walking away is the only thing you can do. One day, as I was reading, it occurred to me that David had overcome most of his pain and struggles by allowing God to fight on his behalf. There I was, trying to defend myself, agonizing over feelings of being misunderstood and rejected, and all the while God was saying, “Be still. I am your defender. Let Me speak for you.” It took a while for me to understand, but in that season, being still meant walking away completely. Walking away meant not thinking about it anymore. It meant that I needed to stop trying to figure it out. It meant not giving rent-free space in my heart and mind to a situation that was beyond my control.

PREV PAGE 1/2 NEXT PAGE »
More in this category: « Tell Yourself The Truth Come As You Are »
back to top