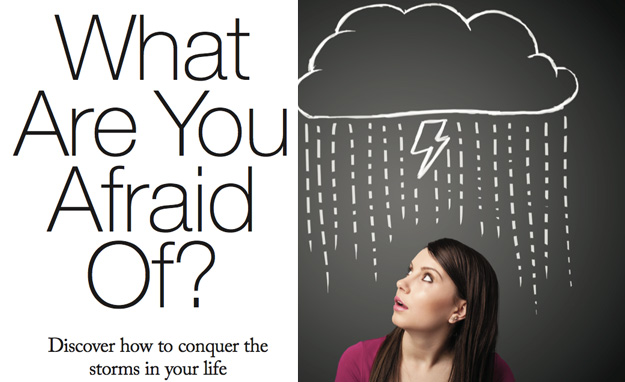 When the fishing boat Andrea Gail left Gloucester Harbor in Massachusetts on September 20, 1991, and headed into the North Atlantic, no one knew that the fishing boat would never be seen again. Only a bit of debris ever turned up, and the six crew members vanished forever. In his book, The Perfect Storm, author Sebastian Junger popularized the Andrea Gail. A film followed, featuring George Clooney and Mark Wahlberg. But these stars only played supporting roles. The real star was the storm itself – a terrifying, relentless oppressor born of fierce wind and mountainous waves.

Meteorologists named this cataclysmic tempest “the perfect storm,” because three deadly elements came together: a front moving from Canada toward New England; a high pressure system building over Canada’s east coast; and the dying remnants of Hurricane Grace (churning along the eastern seaboard of the United States). Strong weather was coming from three of the four points on the compass, all of it converging on Andrea Gail. On their own, warm air, cold air, and moist air are hardly noticeable. But when wind patterns force them together, the result can be lethal. The last radio transmission of Billy Tyne, the captain of the fishing boat, came at 6:00 p.m. on October 28, 1991. He reported his coordinates to the captain of his sister ship, the Hannah Boden, saying, “She’s comin’ on, boys, and she’s comin’ on strong.”

The popular book and movie brought the term “perfect storm” into common usage, but the concept is as old as humanity. People have always had to deal with multiple tough circumstances. At times, so much can go wrong that we shake our heads and say, “When it rains, it pours.” We’ve all been there, haven’t we? Your child gets sick, and your car breaks down on the way to the doctor. All the while it’s pouring rain, and your spouse isn’t answering the cell phone because it’s being charged. One or two of these difficulties aren’t so bad, but when they arrive together, they can form a storm. Once there, we wonder whether we’ll stay afloat – or go under like the Andrea Gail. But you can conquer your storms by changing the way you see and approach them.

PREV PAGE 1/2 NEXT PAGE »
More in this category: « Confessions of a Control Freak Redemption »
back to top