WHEREVER THERE ARE PEOPLE with an assortment of personalities, there’s likely to be conflict. In fact, two leading men of the Bible, Paul and Barnabas, got into a “sharp disagreement” and went their separate ways (Acts 15:39). All of us – even the most dedicated Christians – can find ourselves in an occasional quarrel. But, sometimes, difficult people can really push our buttons, and test our salvation! Renowned Bible teacher June Hunt offers advice that makes dealing with difficult people more manageable. “Attackers,” as she calls them, generally fall into three categories: “wolves,” “snakes,” and “hornets.” They are instigators who perpetuate problems. However, June shares eye-opening insight that helps you identify attackers, and effectively deal with their difficult personalities.

Wolves
These animals are fierce, savage, and cruel. They are known to seek their prey, claim territory, and attack animals of any size. Accordingly, people who embody a wolf’s temperament are direct, extremely aggressive, able to keenly identify and attack weaker people, and are commonly “wolves in sheep’s clothing.”
How to Respond to Wolves:
Let them have their “say” without interrupting. Wolves are easily agitated, are hungry for power, and can quickly pull you into a fight that you weren’t looking for. Therefore, stay alert and avoid an argument with a wolf. In 2 Timothy 2:23, we are advised, “Stay away from foolish and stupid arguments. You know that these arguments grow into bigger arguments” (Easy to Read Version). – But hold your ground! – Wolves are constantly on the prowl looking for someone they can turn into prey. Therefore, maintain a strong (non-combative) disposition, and don’t show a wolf that you’re intimidated or afraid. You can control the situation by providing soft, even-toned, and controlled responses. Remember this: “A gentle answer deflects anger, but harsh words make tempers flare” (Proverbs 15:1, New Living Translation). Also, since a wolf is commonly driven by deep insecurities, a genuine compliment can redirect their bite.

Snakes
They are devious creatures that can move fast. Although some of them are harmless, many of them hiss, bite, and strike in deadly ways. Likewise, people who embody a snake’s temperament are sneaky and malicious. They commonly insert venom into people or groups by poisoning minds, hearts, and reputations. Unlike aggressively forthright wolves, snakes destroy people using silent, secretive, and slanderous means.

How to Respond to Snakes:
Be prepared for them to deny what they’ve done. Snakes work hard at deceiving people, therefore it’s important to gather hard evidence before confronting them about their misconduct. It’s also a good idea to confront a snake with someone else present. Why? Because snakes are liars. They lie about what they do, so expect them to lie about what you say and do. Exposure will make a snake retreat, but don’t expose them publicly. Public exposure will motivate them to destroy you. As a result, it’s best that you initially confront a snake privately (with a third person present – someone you and the snake trust). Matthew 18:15-17 teaches, “If a fellow believer hurts you, go and tell him – work it out between the two of you. If he listens, you’ve made a friend. If he won’t listen, take one or two others along so that the presence of witnesses will keep things honest, and try again. If he still won’t listen, tell the church. If he won’t listen to the church, you’ll have to start over from scratch, confront him with the need for repentance, and offer again God’s forgiving love” (The Message Bible). 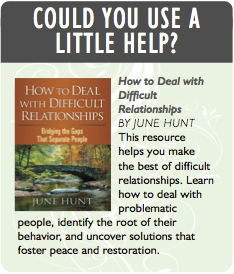 Hornets
These wasps can bite and sting at the same time. And a single hornet can mobilize an entire nest to sting aggressively. In a swarm, hornets can kill horses, cattle, and even humans. In certain types of hornets, the venom is powerful enough to disintegrate human flesh. Similarly, people who take on a hornets characteristics are prone to angry attacks. They can strike alone, or gather others to “swarm” a person or environment – creating havoc, ruining reputations, and inflicting deadly stings (such as accusations, threats, and attacks).

How to Respond to Hornets:
Don’t allow a hornet to drag you into negative conversations. They thrive on galvanizing negative support, so cut off destructive discussions. Before you know it, you might join their swarm and become a part of their attacks. Ephesians 4:29 offers this advice: “When you talk, do not say harmful things, but say what people need – words that will help others become stronger. Then what you say will do good to those who listen to you” (New Century Version). Therefore, when a hornet speaks ill of someone or a situation, redirect their comments with positive input and possible solutions. And when they begin to brew trouble, politely confront them about it. Don’t allow a hornet to poison your opinion of other people, and (whatever you do) don’t contribute to their attacks.

More in this category: « What is Your Spiritual Gift? Spiritual Growth »
back to top