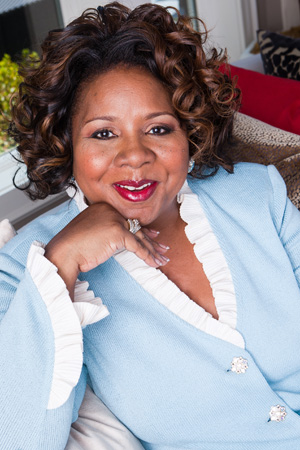 Serita Jakes, wife of charismatic leader T.D. Jakes, is back with a new, page-turning novel — The Crossing.

“This novel is for anyone who has faced a traumatic crossroad in their life, or is serving someone who has,” Serita shares with CALLED Magazine. “It’s a novel about Post Traumatic Stress Disorder [PTSD], and how a masked gunman murders a high school cheerleading coach [B.J. Remington] after a football game. When the bus stopped at the railroad crossing, students [Claudia Campbell and Casio Hightower] witnessed the incident. Ten years later, they are still haunted by the event,” Serita narrates. “The title is metaphorical for crossroads,” she continues. “I used the railroad crossing and the sound of the train’s horn as a trigger that causes the characters to constantly relive their pain.”

Although based on fictional characters, The Crossing’s message is very real. PTSD is a pervasive condition that affects millions of people from all walks of life – in and outside of the church. It is a disorder that happens after a person experiences, witnesses, or learns about a traumatic and terrifying incident. War veterans, victims of rape and physical abuse, survivors of natural disasters (such as Hurricane Katrina), and targets of extreme violence (such as the 9/11 attacks) commonly suffer from PTSD. Not everyone develops PTSD after a traumatic occurrence, but many people do. “It’s important for people in ministry to be aware of the conditions that affect the people they serve,” Serita cautions. “This novel is not medicinal, but it awakens us to situations that cause people to be stressed, depressed, overspending, overeating, self-abusive, and abusive to others. In ministry, we often serve people suffering from PTSD. Like some of our followers (and even some of us), the characters in The Crossing use unhealthy coping mechanisms to deal with trauma from their childhood. Yet, although the pain began in their childhood, it continued into their adulthood – 10 years later affecting them, their families, their friends, and their careers,” Serita continues.

The Crossing is not a “feel good” read by any stretch of the imagination. Rather, it’s a thought-provoking, spiritually moving, murder mystery with countless layers of suspense and secrets. It propels readers to take a different look at their emotional baggage – as well as the spiritual heaviness that weighs down the people they love and serve.

More in this category: « Everything Happens for a Reason Freedom from Loneliness »
back to top