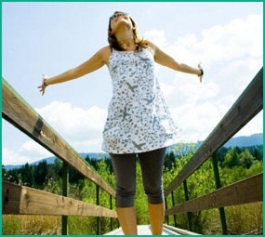 Did you know that some of the most accomplished people have also been some of the greatest failures? Often times, success does not manifest in the absence of failure; it emerges in spite of it.

One of the greatest scientific masterminds, Thomas Edison, made 10,000 unsuccessful attempts at inventing the light bulb. When a reporter asked, "How did it feel to fail 10,000 times?" Edison replied: "I didn't fail 10,000 times. The light bulb was an invention with 10,000 steps!" Like Edison, our journey may require many unsuccessful steps. We may be threatened by embarrassing growing pains, condescending opinions, loneliness, and financial hardships — but we must press on, even in the midst of failure. After all, "we know that God causes everything to work together for the good of those who love Him, and are called according to His purpose" (Romans 8:28, New International Version).

Petrified that they would be overtaken by the Egyptians, the Israelites said to Moses, "Why did you bring us out here to die in the wilderness? [...] We said, 'Leave us alone! Let us be slaves to the Egyptians.'" Moses responded: "Don't be afraid. Just stand still and watch the Lord rescue you today" (Exodus 14:10-14, New Living Translation).

Don't be like the Israelites.
God hasn't called you to be a slave to fear.

Failure is the usual bridge between inexperience and success. It's a stepping stone that God uses to teach, strengthen, and guide us. If we stay calm and trust in the Lord, failure won't be something we fear. It will be a tool that we embrace throughout our journey to success.

More in this category: « She Used It, Will You? Things We Overlook »
back to top