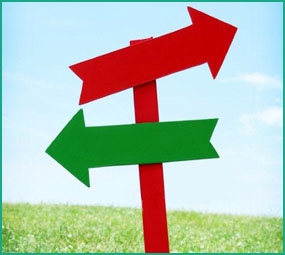 Changing direction is seldom easy. As children, we daydream about who we want to be. As adults, we devote our lives to making our dreams come true. However, what happens when our dreams don’t line up with God’s plan? Do we stubbornly try to create our fantasies, or do we change direction — and follow God?

Similar to many people, the Apostle Paul was heavily invested in his aspirations. He was well on his way to become a great rabbinical leader. At about age fourteen, he studied the Jewish law under Gamaliel, one of the prominent rabbis of his time. He became well versed in Hellenistic culture and thought; and acquired a great command of the Greek language. In Galatians 1:14, Paul boasted: “I was becoming a leader in the Jewish religion, doing better than most other Jews of my age” (New Century Version). But when Paul was traveling to Damascus, the Lord asked him to change direction. And he did, because God showed him a different plan.

Sometimes we have to let go of the life we’ve imagined in order to receive the life God has waiting for us.

Like Paul, we might find ourselves in the middle of a journey and sense the Lord guiding us on a different path for our career, relationships, or ministry. It is even possible that your resources, education, and heart are heavily invested in your plans. Invested or not, you have to trust God. He can surpass your dreams, and out-do your plans. So if God asks you to change direction — surrender — and place your life within His hands.

More in this category: « Too Urgent to Wait! Stop Counting »
back to top