“Ezer” appears 21 times in the Old Testament. It describes Eve (in Genesis) twice and refers to God (as His people’s helper) 16 times. The remaining three references relate to military aid.

“With so many references to God as our helper, it is obvious that an ‘ezer’ is in no way inferior to the one who receives help. [. . .] According to God’s design, therefore, the man and the woman, the husband and the wife, have been designed by God to stand together and help each other fight the battles of life,” William Mounce, a well known author and theologian, once explained.

Whatever we believe about a woman’s roles, it’s clear that man’s aloneness was a dilemma that needed immediate attention. The woman was meant to be a partner. Together the man and woman were to fill, subdue, and rule the earth. Together they shared a common calling.

The beauty of the word “ezer” is that God didn’t define what it would look like. He didn’t write out male/female job descriptions or give Adam and Eve a list of prescribed duties. God said to both of them, “Be fruitful and increase in number; ll the earth and subdue it. Rule over the sh of the sea and the birds of the air and over every living creature that moves on the ground” (Genesis 1:28, New International Version). They did it together.

How Can I Be a Helper?
Whenever the word “ezer” was used to refer to God, it also had to do with military aid. This meaning helps us better understand how the term applied to Eve. Surprisingly, the Proverbs 31 woman (who has been a godly role model for centuries) was also referred to in military terms.
The Amplified Bible describes her as “a capable, intelligent, and virtuous woman.” The Hebrew word that’s translated as “excellent” or “virtuous” can also mean “wealthy, prosperous, valiant, boldly courageous, powerful, mighty warrior.”

But being a “mighty warrior” doesn’t mean heading to a battle field. Ephesians 6:10-12 teaches us to fight with prayer: “Finally, be strong in the Lord and in His mighty power. Put on the full armor of God so that you can take your stand against the devil’s schemes. For our struggle is not against flesh and blood, but against the rulers, against the authorities, against the powers of this dark world
and against the spiritual forces of evil in the heavenly realms” (New International Version). Though we live in the world, we don’t wage war like the world. We fight with different weapons.

God didn’t create the woman simply because the man was lonely (even though that was obviously the case). He created the woman to complete the man — to love with him, work with him, rule with him, live with him, procreate with him, and fight alongside him. 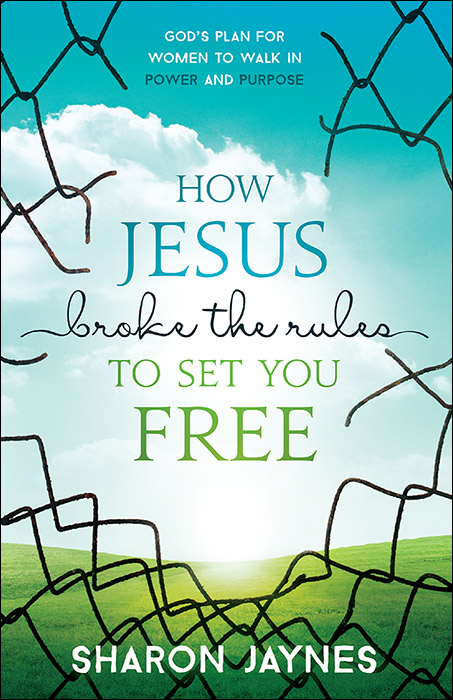 Tap in To Your power

Sharon Jaynes took a closer look at how Jesus interacted with women throughout his life, and what she found will set you free. How Jesus Broke the Rules to Set You Free will show you how Jesus used 11 women to

« PREV PAGE 2/2 NEXT PAGE
More in this category: « Is It Time to Heal? Everything Happens for a Reason »
back to top