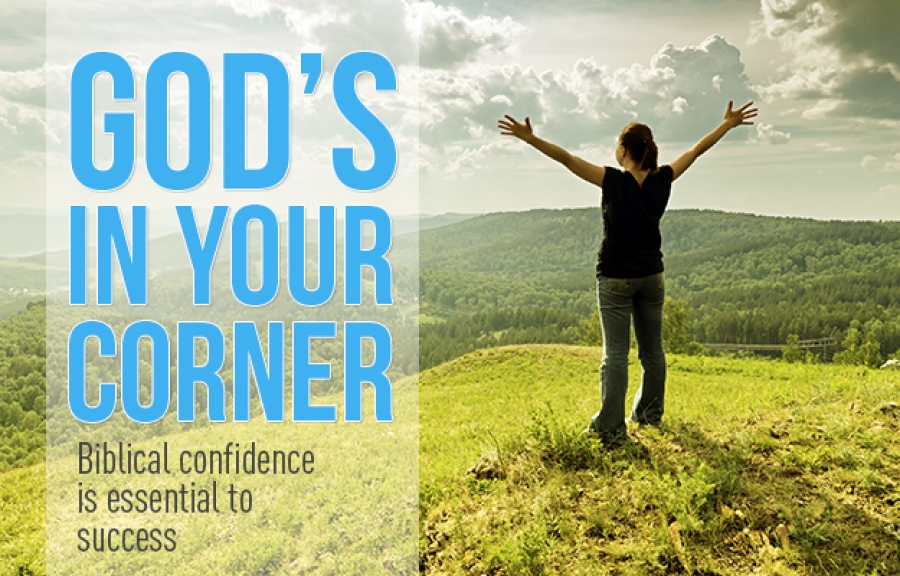 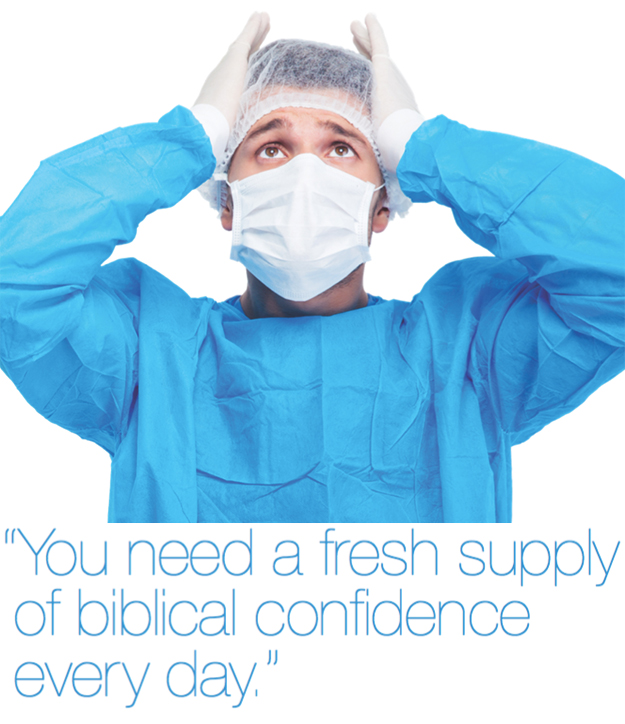 Knockout Confidence
As a child, I was small and sickly. Every bully on the playground picked on me. One day, I accompanied my cousin, Alex, down to Seymour Square to pick up groceries for his mother. As we walked home, three big guys in a pickup truck came by and shouted, “Haddad, get yourself and that @&#% Hebrew cousin of yours out of here before we mop the gutter with you.”

I cringed. I thought to myself, “Uh-oh, here comes another beating.” Then I looked over at Alex, and my fears subsided. In fact, I started to smile. Alex was the AAU wrestling champion in the 175-pound division that year. At 15, he was a man. His biceps were like cannonballs, and his pectoral muscles looked like bronze marble slabs.

What had converted me from terror to optimism? Simply this: Alex was near. Apostle Paul knew the source of his power, too. Sitting in prison, he knew the Lord was near. Living in that awareness changes us and extends our capabilities. It’s often the only major difference between a defeated Christian and a victorious Christian.

You Can If You Continue
The word “continue” comes up in the New Testament repeatedly. Continue in God’s kindness. Continue in faith. Continue in prayer. Continue in love. Paul sensed that God was continually pouring His power into him. Many of us feel confident in the middle of a success seminar or a stirring church service. We feel safe and invincible.

And who wouldn’t? But, it’s the tough times that really count. Our continuity is most important when we face obstacles.

Are you aware of God’s inexhaustible supply of power? If so, are you utilizing it for success? Do you really believe that God “is able to do exceedingly, abundantly above all that we ask or think, according to the power that works in us” (Ephesians 3:20)?

Convert Your Impossibilities
God does not think in terms of limitations. Our God is the God of the impossible. Jesus said, “With God all things are possible” (Matthew 19:26). So, don’t play it safe.

David was the youngest and smallest of Jesse’s eight sons. Goliath stood 9 feet 6 inches tall. He mocked the Israelites and challenged them to send one of their men to fight him. King Saul stood head and shoulders above all the other Israelites, but like the rest of them, he quaked in his boots.

David, however, thought Goliath could be defeated. He said, “Who is this uncircumcised Philistine, that he should defy the armies of the living God?” (1 Samuel 17:26). His oldest brother, Eliab, angrily accused David of pride and insolence. No one else was willing to take up Goliath’s challenge. But David trusted that God would sustain him, despite his seemingly inadequate strength.

In fact, David’s recognition of his weakness was his first qualification for success. A willingness to attempt the impossible is a key ingredient in success — not because impossibilities are really possibilities in disguise, but because the God who gives us confidence has no limitations.

The world says, “Know your limitations because that way you’ll be safe.” The Bible says, “Ditch the word ‘impossible’ because it chains you down.”

« PREV PAGE 2/2 NEXT PAGE
More in this category: « Release the Limitations Multi-tasking Doesn’t Work »
back to top