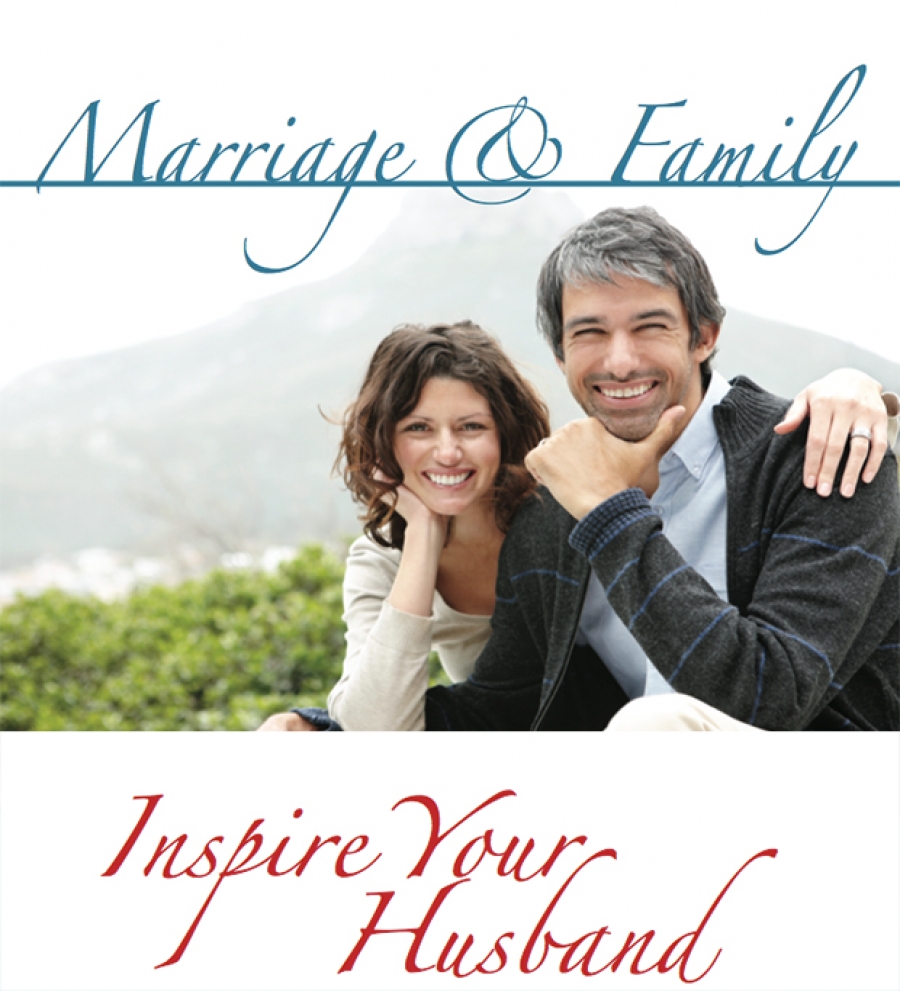 “C” Come Alongside Him
In Genesis 2:18, after God created Adam, He saw that it was “not good for the man to be alone.” So, He made a helper who was “just right for him” (New Living Translation). – That helper was a woman. – Our contemporary world often looks down upon a woman who dedicates her life to “helping” her husband; but the Bible teaches that a woman’s role as a “helper” is extremely significant. When God said that He would make a “helper” suitable for Adam, He used the same word that describes the role and ministry of the Holy Spirit. In the New Testament, the Holy Spirit is called our “helper” – and He is also our counselor, comforter, intercessor, and advocate. The Hebrew word translated “helper” in Genesis 2:18 can also be interpreted as one who brings unique strengths and qualities to the other. These qualities, found in women, complete the union between a husband and wife. In addition, in the Old Testament, David states that God is our “helper” (Psalm 54:4). This shows that the term “helper” is not a derogatory or inferior term. It’s a title of honor and great worth. In giving you to your husband (as his “helper”), God was giving your man someone who is designed to be his counselor, comforter, intercessor, and advocate.

Marriage coaches Dr. Gary and Barb Rosberg say, “By understanding the meaning of your role as a helper, you can be encouraged to use your distinctive strengths to build up your husband and contribute to his life. Your very uniqueness can offer your husband qualities that fully complete him – as no one else can!”

“H” Help Him Look Good ... Always
Sometimes when my husband and I are conversing with another couple, he will describe something that took place, but in a way that’s different than how I remember. For instance, he might leave out some details, or get some of the specifics mixed up. And being a former reporter and the self-appointed “keeper and recorder of details” in our marriage, I often feel I have to set things straight. (Alert: What not to do!) I’m sure that must bug the heck out of him. I’ve grown to understand that the golden rule applies here. Treat your husband as you would want to be treated. When speaking as a couple to others, if your husband says the distance is ten miles and it’s nine, let it go. Or if he states that something happened on a Wednesday and it was a Thursday, let it go. It doesn’t matter, let it go! It’s not relevant to the story, and your correction of your husband will sound like mothering. Revere your husband in the same way you want to be revered. It will go a long way with him. And that’s what a cheerleader would do.

“E” Encourage Him“
Letting him know he’s succeeding means letting him know he’s loved,” said my friend, Barbara – who works at intentionally showing her husband how much she loves him. She understands that he (like any man) needs to feel like he’s winning.

“Once I left a sticky note on his bathroom mirror stating he was an awesome man,” Barbara shared. “Later that week, in a study he was teaching, he mentioned it to the group and he choked back tears. That note flipped a little heart switch within him – that one sentence, that one comment,” Barbara shared. Barbara’s story emphasizes that you should never underestimate how your words impact your husband. One comment, or one note, can minister healing and uplift him. Give him details. Don’t just patronize him with sound-bites and clichés. Encourage him with meaningful and specific things that he does to make you proud, satisfied, and grateful.

Of course, encouraging your husband will take deliberate effort. Sometimes you won’t be that interested in hearing about his meetings at work, latest idea, or favorite sports team. But remember, your encouragement and affirming words will inspire him more than anyone else’s. You can send a short email, text a loving thought, or leave an unexpected note. Barbara said, “As I was dashing out the door, I hurriedly left my husband a note written on scruffy paper torn from a notepad. I left it on the steps of the garage. I wrote, ‘Excited about new transitions ... start getting fired up ... one step closer.’ When I asked him what I’ve done lately that has encouraged or inspired him, he handed me that scruffy note paper. He actually saved it, and keeps it in his briefcase!”

You can have a profound impact on your husband’s life, job, and personal well- being simply by providing a reaffirming voice, a positive smile, and a tender touch. As counselor Elyse Fitzpatrick wrote, “I know it’s easy to forget, but a wife, because of her nearness, is usually the most powerful human influence in her husband’s life.”

“E” Elevate Him in Front of Others“
A guy wants to feel like he’s his wife’s hero,” my husband told me. A few days later, I heard that firsthand from someone else’s husband, Doug. He said, “There’s nothing better than hearing my wife tell someone else, ‘My husband is the man for that job. He’s the best there is.’ When she says that and really believes it, I feel ten feet tall.”

In Ephesians 4:29, the Bible gives us a beautiful principle to live by – and it especially works in marriages: “When you talk, do not say harmful things, but say what people need – words that will help others become stronger. Then what you say will do good to those who listen to you” (New Century Version). That verse implies that people have a need to be built up ... and when you think about it, who doesn’t? Your husband has that need, too; especially to be built up by you. Therefore, find ways to build your husband up privately and publicly.

“R” Respond to Him Enthusiastically
Positive words are great, but they are not enough. It’s important for your actions to show how much you support and love your husband. Affirming looks, smiles, touches, hugs, kisses, and sexual intimacy (initiated by you!) are priceless. And disapproving sighs, grunts, and silent treatments will scream louder than words. Your body language speaks volumes. The roll of your eyes, the tightening of your lips, and an exasperated sigh will tell your husband that you’re disappointed. But the light in your eyes, the spring in your step, and the smile on your lips will show how much you adore him.

When our daughter, Dana, was three years old, she expressed an uninhibited enthusiasm when my husband came through the door. She would cry out, “D-a-a-a-a-a-ad-d-d-d-d-d-d-y-y-y-y-y-y,” and run to him with her arms open wide. Then I started thinking, “What if that were my reaction each time my husband came through the door?” Instead of him having to yell upstairs to the study (where I’m glued to the computer), what if I ran down the stairs (with my arms wide open) to welcome him?

Kitty (a sweet, soft-spoken kind-of-wife- we-all-want-to-be) shared something profound: “My husband (Dave) and I attended a business seminar many years ago. The speaker said something I’ll never forget. He said, ‘Behind every successful man is a woman – and hopefully that woman is his wife.’ And I gulped and said to myself, ‘I want to be that woman in Dave’s life. I want to be the one who makes him feel successful, not someone else.’ That encouraged me to treat my husband with respect and to be his cheerleader; not a nagging wife.

And one look at Kitty’s husband, Dave, is evidence that her years of being his cheerleader has paid off. After nearly 40 years together, Dave’s eyes still light up when he talks about Kitty.

« PREV PAGE 2/2 NEXT PAGE
More in this category: « The Five Love Languages of Teenagers The Secret to Loving Teens Effectively How to Build a Lasting Marriage Lessons from Bible Couples »
back to top