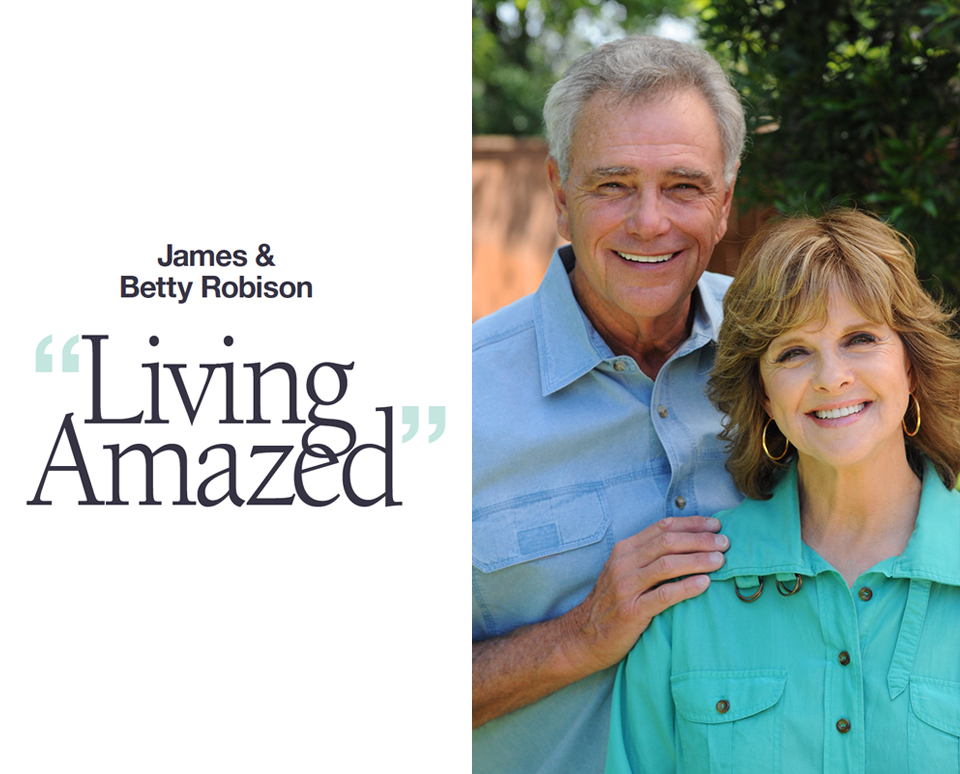 If you’ve ever felt unwanted or inadequate, James Robison’s life will inspire you to feel differently. Born in 1943 in the charity ward of a Houston hospital, James was the product of rape. His 40-year-old mother attempted to have an abortion, but the doctor refused to perform it. Penniless and broken, the desperate woman placed an ad in a newspaper and gave James away. I would tell you the rest of the story, but James and his wife, Betty, do a remarkable job telling it themselves. How did this unwanted child become one of the most preeminent evangelists America has seen — with more than 20 million people attending his crusades? What can we learn from his journey, as we endeavor to become overcomers ourselves?

Today, James is the founder and president of LIFE Outreach International. He also co-hosts the television program LIFE Today with his wife. In his latest book, Living Amazed, James encourages believers to rise above their pasts and witness God’s amazing grace. Our lives are not defined by where we begin or how we feel. So, if you’ve ever questioned your worth, this interview is for you.

PREV PAGE 1/4 NEXT PAGE »
More in this category: « Shirley Caesar GraceLaced »
back to top