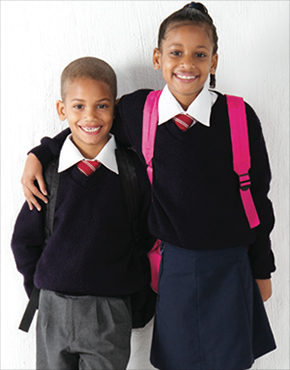 ACCORDING TO Nicole Baker Fulgham, Founder and President of The Expectations Project, the United States is in a crisis, and Christians have an obligation to do something. “I’m talking about a massive educational crisis that we should no longer ignore,” says Nicole. “It’s hard for us, as Americans, to look at the United States as a country with significant problems. It’s also easy for Americans in higher socioeconomic groups to live in their cocoons, and turn a blind-eye to the poverty that surrounds them. But, as Christians, we must be our brother’s keeper. We have a responsibility to help the least, the last, and the left out.”

Nicole’s call for action is not only compelling, it’s biblical. Proverbs 31:8 commissions, “Speak up for those who cannot speak for themselves, for the rights of all who are destitute” (New International Version). Consequently, educational inequality isn’t just an American issue – it’s a Christian issue. “Only half of the students in low income communities are graduating from high school, and fewer than 10 percent are graduating from college,” shares Nicole. “However, there are millions of Christians who have the passion and potential to work on closing the educational gap. So I’m asking that they put their faith to work, apply their ability, and address educational issues that are connected to poverty. The United States is full of children who desperately need their help.”

Is the Problem Too Big?
“No one will ever convince me that it’s impossible to turn the tide of academic failure,” says Nicole. “This work is not easy, but this problem can be solved. And the Christian community is a vital part of the solution.” In her persuasive new book, Educating All God’s Children, Nicole mentions several initiatives that are helping to solve the educational problem. Baylor-Woodson Elementary School, in Inkster, Michigan, is a great example. More than 80 percent of the school’s students are poor or homeless – yet, in 2011, Baylor-Woodson received the prestigious “Dispelling the Myth Award” by Education Trust (a national nonprofit and advocacy organization). In 2010, 63 percent of the school’s fifth graders scored on the “advanced” level in reading, and 73 percent of the school’s fifth graders scored on the “advanced” level in math. “It’s undeniable that this type of success can be replicated,” Nicole insists. “Just as the Bible tells Christians to proclaim the good news of the gospel, we must declare the good news of low-income public schools. Success is possible!”

What Can We Do?
Working with local public schools is a start, but Nicole presses Christians to also address more systemic issues. “Preschool is a game-changer for kids, and several states still don’t have publicly funded preschools. Subsequently, it’s important for Christians to band together and get more resources and funding for early childhood education. Also, there are several dire needs that Christians can demand, such as high quality teachers in every classroom. We can contact local school officials, lobby members of Congress, and write to local papers. All these things can help build awareness, and lead to impactful change,” Nicole instructs. “A part of our call is to be our brother’s keeper – and our ‘brother’ includes children whose parents have few or no options. Whether we send our kids to a suburban school, Christian school, charter school, or homeschool them, God is calling us to make a societal impact. And I believe that advocating educational equality for low-income students is a part of that calling,” Nicole continues.

Become an Advocate
If you’re ready to make a difference, visit TheExpectationsProject.org. Fueled by a sense of social urgency, the Expectations Project is a non-profit organization that is committed to providing all children with a high quality education. Under the leadership of Nicole Fulgham Baker, the organization partners with faith-motivated individuals, leaders, congregations, and organizations to build awareness, take local action, and engage advocates. “There will be a healthy dose of skepticism, especially considering the challenges that have come from extreme faith-based groups,” warns Nicole. “However, teachers and principals in struggling schools want help. Christians and churches can make a significant difference, but we must shine our light while playing by the rules. We don’t need to preach in classrooms in order to share the love of Christ. We can offer a helping hand, raise a strong (yet peaceful) collective voice, and demand equal opportunity for every child.”

More in this category: « Strategic Risks Do Something Incredible with Your Pain »
back to top