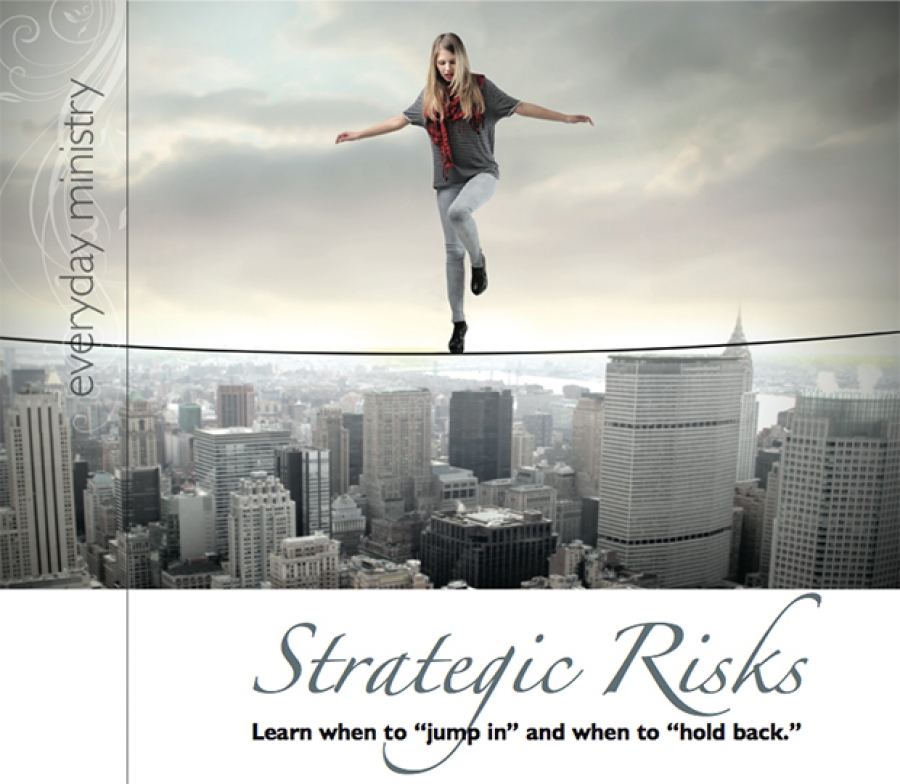 A HEART SURGEON took his car to his local garage for a regular service, where he usually exchanged a little friendly banter with the owner (a skilled, but not especially wealthy, mechanic).

“So tell me,” said the mechanic, “I've been thinking about what we both do for a living, and how much more you get paid than me.” “Yes?” said the surgeon. “Well look at this,” said the mechanic, as he worked on a big complicated engine. “I check how it's running, open it up, fix the valves, and put it all back together so it works good as new. We basically do the same job don't we? And, yet, you are paid ten times more than me. How do you explain that?”

The surgeon thought for a moment, smiled, and replied, “Try it with the engine running.”

Risks are a part of any successful person’s life. But accomplished people don’t take foolish risks. Instead, they take strategic, well-reasoned risks that transform lives (including their own). And, as in the case of the heart surgeon, big risks can deliver big returns. Risks that are too small leave people uninspired. Risks that are too big cause people to feel defeated. With so much to weigh, how do you figure out what risks should be pursued, and what risks ought to be avoided?

Use a Long-term Lens
Taking a risk is a type of seed. When planted, it can take months, years, and even decades to grow. It is seldom an overnight success. But productive people focus on long-term results, not just the immediate costs.

Mediocre people ask, "What will this do for me now?" Exceptional individuals ask, "How will this impact my life (and the lives of others) ten, twenty, or thirty years from now?"

The Bible offers an interesting message in 1 Kings, chapter 17. During a severe drought, the widow in Zarephath was at a place of desperation. When the prophet Elijah saw her, he asked, "Would you bring me a little water in a cup so I may have a drink?" And, as she was going to get his water, Elijah boldly added, "Please bring me a piece of bread, too" (1 Kings 17:11, New Century Version). The widow answered, "As surely as the Lord your God lives, I have no bread. I have only a handful of flour in a jar and only a little olive oil in a jug. I came here to gather some wood so I could go home and cook our last meal. My son and I will eat it and then die from hunger" (1 Kings 17:12, New Century Version). "Don't worry," Elijah said to her. "Go home and cook your food as you have said. But first make a small loaf of bread from the flour you have, and bring it to me. Then cook something for yourself and your son. The Lord, the God of Israel, says, 'That jar of flour will never be empty, and the jug will always have oil in it, until the day the Lord sends rain to the land'" (1 Kings 17:13-14, New Century Version).

Most people in the widow's situation would have focused on their immediate circumstances, and scoffed at the prophet's audacity. However, God asked the widow to trust Him – and focus on her long-term provision. And she took the risk! The Bible states, "So the woman went home and did what Elijah told her to do. And the woman and her son and Elijah had enough food every day. The jar of flour and the jug of oil were never empty, just as the Lord, through Elijah, had promised" (1 Kings 17:15-16, New Century Version).

PREV PAGE 1/2 NEXT PAGE »
More in this category: « 5 "Must-Know" Ministerial Essentials What Christians Can (and Should) Do for American Public Schools »
back to top